Like so many others, I’ve been energized by the bold moral leadership coming from newly elected members of Congress like Alexandria Ocasio-Cortez, Ilhan Omar, Rashida Tlaib, and Ayanna Pressley in the face of the spiraling climate crisis and the outrageous attacks on unarmed migrants at the border. It has me thinking about the crucial difference between leadership that acts and leadership that talks about acting.

I’ll get to the Green New Deal and why we need to hold tight to that lifeline for all we’re worth. But before that, bear with me for a visit to the grandstanding of climate politics past.

It was March 2009 and capes were still fluttering in the White House after Barack Obama’s historic hope-and-change electoral victory. Todd Stern, the newly appointed chief climate envoy, told a gathering on Capitol Hill that he and his fellow negotiators needed to embrace their inner superheroes, saving the planet from existential danger in the nick of time.

Climate change, he said, called for some of “that old comic book sensibility of uniting in the face of a common danger threatening the earth. Because that’s what we have here. It’s not a meteor or a space invader, but the damage to our planet, to our community, to our children, and their children will be just as great. There is no time to lose.”

Eight months later, at the fateful United Nations climate summit in Copenhagen, Denmark, all pretense to superheroism from the Obama Administration had been unceremoniously abandoned. Stern stalked the hallways of the convention center like the Grim Reaper, pulling his scythe through every proposal that would have resulted in a transformative agreement. The U.S. insisted on a target that would allow temperatures to rise by 2 degrees Celsius, despite passionate objections from many African and Pacific islander delegates who said the goal amounted to a “genocide” and would lead millions to die on land or in leaky boats. It shot down all attempts to make the deal legally binding, opting for unenforceable voluntary targets instead (as it would in Paris five years later). 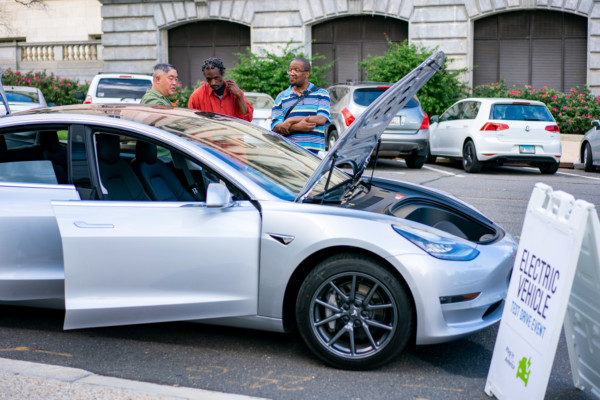 The election of Democrat Jon Ossoff to the U.S. Senate from Georgia conjures a scenario absent from the U.S. for more than […]