“Thank you, EFSEC!” said Don Steinke, a volunteer with Sierra Club in Vancouver, and one of the most persistent opponents of the oil train terminal in Vancouver. “EFSEC’s recommendation provides a strong basis for Governor Inslee to deny this project once and for all.”

“The entire region is looking to Governor Inslee, now, to follow EFSEC’s lead,” said Rebecca Ponzio, director of the Stand Up to Oil Campaign. “Our Governor is a champion of addressing climate change and protecting public safety. We trust him to get this right.”

“The future safety, well-being, and public health of our community depends on the choices we make today. Rejecting the proposed Tesoro-Savage oil terminal should be first on the list, “ stated Dr. Stan Freidberg, who has spent 37 years practicing cardiology and internal medicine at The Vancouver Clinic.

Since the project was announced in 2013, Vancouver residents, Columbia River Tribes, business and faith leaders, health and safety professionals, the Cities of Vancouver, Washougal, and Spokane, Washington’s Department of Natural Resources, and the Washington Attorney General have spoken out against the oil-by-rail terminal. Over 300,000 comments have urged denial of the Tesoro Savage project. And, in the wake of a fiery oil train derailment in Mosier in June 2016, cities and Tribes from Astoria to Spokane have opposed the project.

“EFSEC followed the law that requires it to balance the need for this project against protection of human health and the environment,” said Kristen Boyles, the Earthjustice attorney representing community and environmental groups before the agency.  “Tesoro Savage failed this standard, and we trust Governor Inslee will agree.”

“The 2016 Mosier oil train derailment and fire, an incident that came within a few hundred feet of harming hundreds of children at the Mosier Community School, should be a wake-up call for the region,” said Laurent Picard, a 21 year veteran professional firefighter and former Hood River City Council member. “It’s plainly obvious that oil trains pose an unacceptable risk. We can’t expect to introduce five loaded oil trains a day in unsafe railcars and expect our first responders to handle the enormous risks involved. That’s why we hear from firefighters and city councilors in Spokane, Vancouver, and throughout the Columbia River Gorge that this oil terminal is a bad idea. Governor Inslee should deny this project.”

“The proposed Tesoro crude-by-rail terminal would send five loaded ‘bomb trains’ down the Columbia River each day. This is flatly unacceptable. The Council’s decision reflects the reality of this danger and the community’s overwhelming opposition to this project,” said Dan Serres, Conservation Director for Columbia Riverkeeper. “Governor Inslee has an obvious choice to make: it’s time for Washington to move on from reckless oil train terminals.”

“I worked an oil spill clean-up back when I was a younger man, the Exxon Valdez disaster in Prince William Sound, Alaska, and I can tell you for a fact that the devastation that an oil train derailment or tanker wreck could do to the Columbia would be absolutely heartbreaking. I do not want to spend my retirement cleaning up another oil disaster and I do not want to see our salmon disappear because of one terrible mistake.” said Rob Bignall, a professional Columbia River fishing guide. “I’m glad make the Council made the smart long term choice to stand up to oil and save our salmon. We have such an economically valuable and truly enjoyable salmon fishery here on our river, that the thought of sacrificing all this abundance just to allow some out of towners to cash in their chips on a few barrels of crude does not even pass the laugh test. I’ll be even happier when Governor Inslee puts the final nail in the coffin of this Vancouver Oil Terminal and we can all move on to more sustainable job development, and better fishing.”

“We indigenous people of the Columbia carry a sacred duty to protect the health of the Columbia River from dangers like the Tesoro-Savage oil terminal,” said Elke & Alysia Littleleaf, professional fly fishing guides and members of the Confederated Tribes of Warm Springs. “Our lives are connected to the river. The salmon, the steelhead, and the sturgeon are the lifeblood of our communities. Everything that flows with this river is interconnected to our culture, our spirituality, our economic independence, and our very sustenance. We appreciate the consideration that the Council undertook to review these risks, to honor our elders, to honor our future generations, and to honor the treaty rights of indigenous people to fish the Columbia as we have since time immemorial, and we look forward to Governor Inslee doing just the same and saying no to oil, and saying yes to Columbia River salmon.” 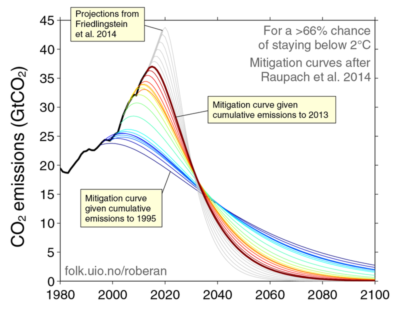