10 AM Earth Day Fifty Years Later with Denis Hayes, coordinator of the first Earth Day in 1970 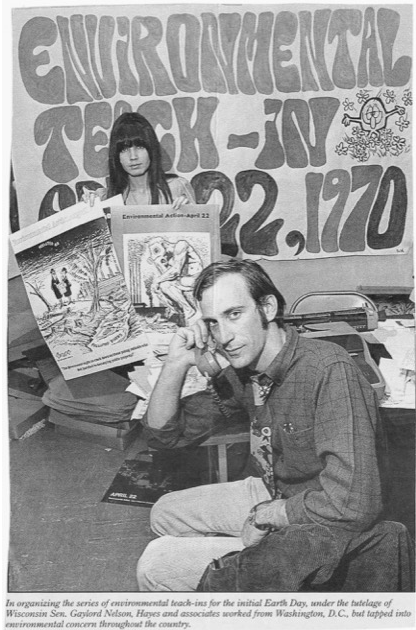 On April 22, 1970, millions of people around the world mobilized to celebrate the first Earth Day, helping to kickstart the modern environmental movement.

On Monday KBOO Radio host, Barbara Bernstein will interview Denis Hayes, who coordinated the first Earth Day – as once again, all around the world – we celebrate the 50th anniversary of Earth Day, which in light of the COVID-19 pandemic takes on a poignant meaning none of us could have imagined 50 years ago.

Denis Hayes is an environmental advocate and advocate for solar power. He rose to prominence in 1970 as the coordinator for the first Earth Day. Hayes founded the Earth Day Network and expanded it to more than 180 nations. During the Carter administration, Hayes became head of the Solar Energy Research Institute (now known as the National Renewable Energy Laboratory), but left this position when the Reagan administration cut funding for the program. Since 1992, Hayes has been president of the Bullitt Foundation in Washington and continues to be a leader in environmental and energy policy. Hayes has received the national Jefferson Awards Medal for Outstanding Public Service as well as many other awards. Time Magazine named him as “Hero of the Planet” in 1999.

If you can’t listen then, or if you live outside of KBOO’s broadcast area, you can catch a podcast of the show anytime at https://kboo.fm/media/80057-earth-day-fifty-years-later. To hear previous episodes of this show or any of our KBOO public affairs programming, just go to kboo.fm or listen on iTunes, Google Play, or wherever you get your podcasts. Locus Focus is also being syndicated via AudioPort – http://audioport.org/index.php?op=series&series=Locus+Focus&

Radio or On Line